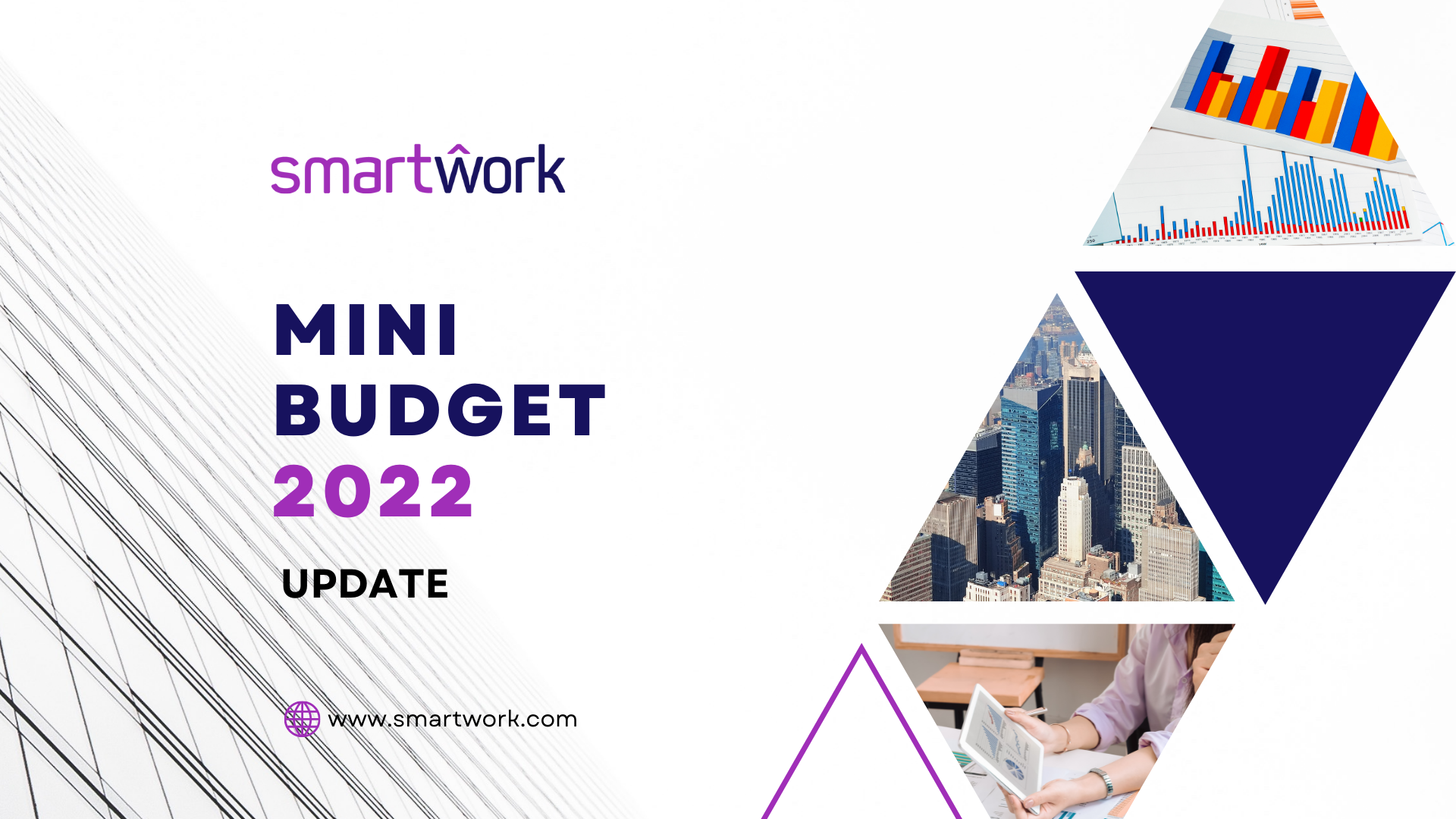 As the saying goes, a week is a long time in politics. However, recent events have been unprecedented. At the Mini Budget, a new Prime Minister and Chancellor launched a new agenda,
‘The Growth Plan’.

Three weeks later, after huge turmoil, a reversal of most of the elements of that plan and a new statement planned for 31 October. This is now being referred to as the Medium-Term Fiscal Plan, where the Chancellor will publish the government’s fiscal rules alongside an Office for Budget Responsibility forecast, together with what are described as ‘further measures’. The changes outlined on 17 October are designed to ensure the UK’s economic stability and provide confidence in the government’s commitment to fiscal discipline. Below, we have outlined the current position.

However, the new Chancellor has decided to:

The Health and Social Care Levy was expected to raise around £13 billion a year to fund health and social care. The Chancellor has confirmed that funding will be maintained at the same level as if the Levy was in place, funded from general taxation.

According to the government, not proceeding with the Levy will reduce tax for 920,000 businesses by nearly £10,000 on average next year. For SMEs, the government predicts that the savings will be around £4,200 on average for small businesses and £21,700 for medium sized firms from 2023/24. In addition, it will help almost 28 million people across the UK save £330 on average in 2023/24, with an additional saving of around £135 on average this year.

More detail for employees and employers

The changes take effect for payments of earnings made on or
after 6 November 2022, so:

The government hopes that most employees will receive the NICs reduction directly via the payroll in their November pay but acknowledges that some will have to wait until December or
January, depending on the complexity of their employer’s payroll software.

More detail for the self-employed

The government had previously announced that there would be a cut in the basic rate of income tax, from 20% to 19%, from April 2024. This is now being accelerated so that it takes effect from April 2023. However, whilst the government aims to proceed with the cut in due course, this will only take place when economic conditions allow and a change is affordable. The basic rate of income tax will therefore remain at 20% indefinitely.

At the Mini Budget on 23 September, the government announced a plan to abolish the 45% additional rate of income tax from April 2023. However, it was announced on 3 October that the
the government would not proceed with the abolition of the 45p tax rate.

The government has also confirmed that, from April 2023, the 1.25% proposed reduction in rates of taxation will not proceed, meaning that the rates will stay as follows:

As corporation tax due on directors’ overdrawn loan accounts is paid at the dividend upper rate, it will also remain at 33.75%.

These changes will apply in Scotland as the rules on dividends apply to the whole of the UK.

It had been previously announced that the expected increase in the rate of corporation tax for many companies from April 2023 to 25% would not go ahead. However the government announced on 14 October that this increase will now proceed.

The Annual Investment Allowance (AIA) gives a 100% write-off on certain types of plant and machinery up to certain financial limits per 12-month period. The limit has been £1 million for
some time but was scheduled to reduce to £200,000 from April 2023. The government has announced that the temporary £1 million level of the AIA will become permanent and the
proposed reduction will not occur.

Up to 31 March 2023, companies investing in qualifying new plant and machinery are able to benefit from capital allowances, generally referred to as ‘super-deductions’. These reliefs are not available for unincorporated businesses. Interestingly, these allowances were not mentioned in any statement, other than minor amendments to the current rules, so it appears the scheduled withdrawal of them will occur in 2023.

Businesses incurring expenditure on plant and machinery should carefully consider the timing of their acquisitions to optimise their cashflow.

From April 2023, companies will be able to raise up to £250,000 of Seed Enterprise Investment Scheme (SEIS) investment, a two-thirds increase. To enable more companies to use SEIS, the gross asset limit will be increased to £350,000 and the age limit from two to three years. To support these increases, the annual investor limit will be doubled to £200,000.

From April 2023, qualifying companies will be able to issue up to £60,000 of Company Share Option Plan (CSOP) options to employees, twice the current £30,000 limit. The ‘worth having’ restriction on share classes within CSOP will be eased, better aligning the scheme rules with the Enterprise Management Incentive scheme rules and widening access to CSOP for growth companies.

A number of changes are made to the Stamp Duty Land Tax (SDLT) regime. Generally, the changes increase the amount that a purchaser can pay for residential property before they become liable for SDLT.


Residential rates may be payable where further residential properties are acquired.

The Welsh government has also altered its rates in relation to land and buildings in Wales for transactions with an effective date on or after 10 October 2022.

Over the last 20 years, there have been numerous changes to the tax system to try and address ‘disguised employment’ and to generate additional tax and NICs accordingly. In a surprise announcement, the government had stated that it would repeal the off-payroll working rules from 6 April 2023. However, it has been confirmed that this change will not go ahead and the offpayrolling rules will remain in force.

The government had announced that it would introduce a modern, digital, VAT-free shopping scheme with the aim of providing a boost to the high street and creating jobs in the retail and tourism sectors. However, this change will not go ahead either.

The government had announced that it would freeze alcohol duty rates from 1 February 2023 but this will not go ahead.

The government has announced unprecedented support to protect households and businesses from high energy prices. The Energy Price Guarantee and the Energy Bill Relief Scheme are supporting millions of households and businesses with rising energy costs and the government has stated that these schemes will continue to do so from now until April next year.

However, the government states ‘that it would be irresponsible…to continue exposing the public finances to unlimited volatility in international gas prices’.

Consequently, a Treasury-led review will be launched to consider how to support households and businesses with energy bills after April 2023. The aim is to design a new approach that will cost the taxpayer significantly less than planned whilst ensuring enough support for those in need. The government has also stated that any support for businesses will be targeted to those most affected and that the new approach will better incentivise energy efficiency.

However, this is not the end of the story. Government departments will be asked to find efficiencies within their budgets and the Chancellor is expected to announce further changes to the fiscal policy on 31 October to put the public finances on a sustainable footing.

Disclaimer: Whilst we take care to ensure the accuracy of this article, no responsibility for loss incurred by any person acting or refraining from action as a result of this information can be accepted by the authors or firm.

26 September 2022
Written by MyAccountant.co.uk Ltd THE GOVERNMENT’S PLANS FOR GROWTH Chancellor reveals his plan for growth The week leading up...
READ ARTICLE 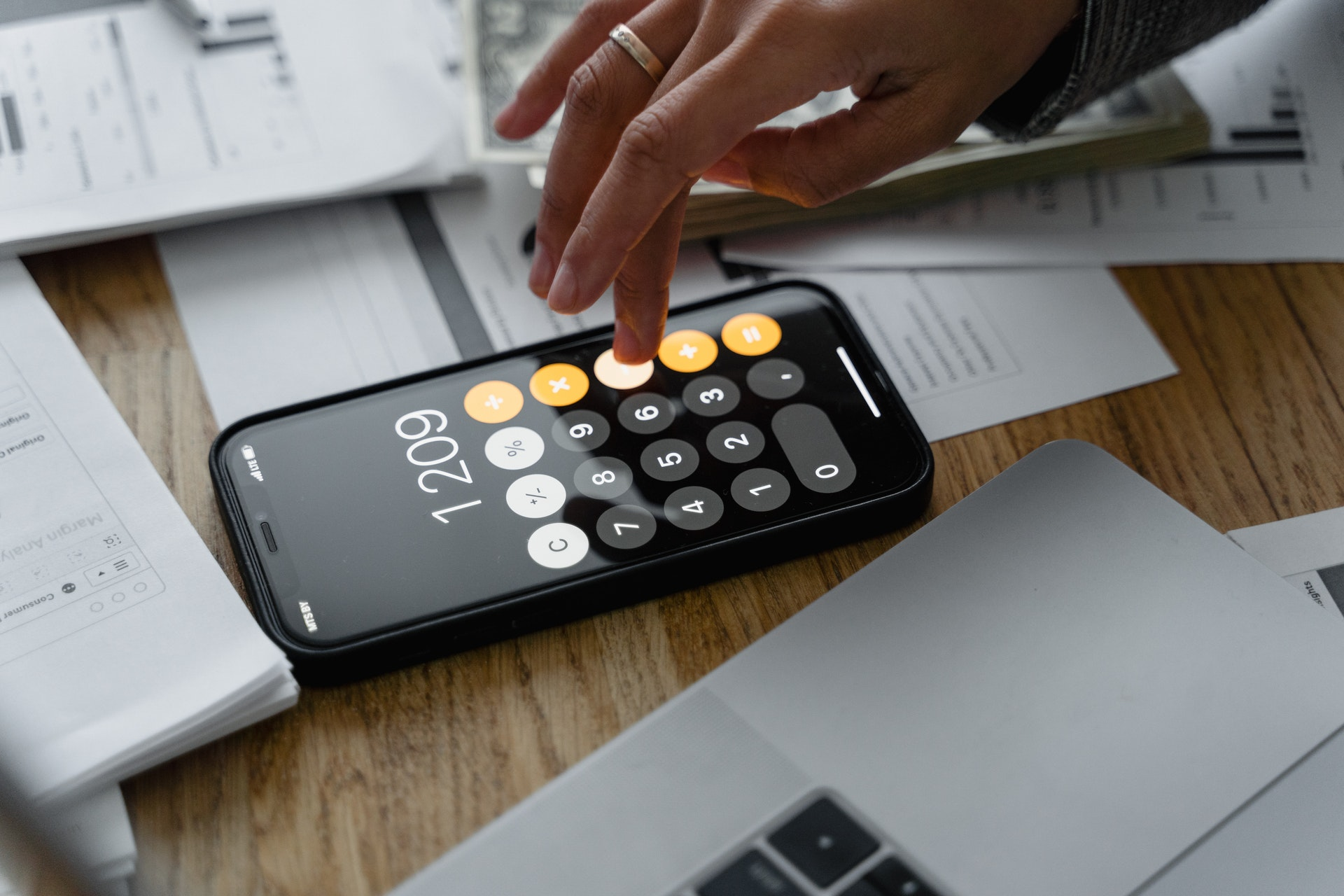 The 2022 National Insurance Changes – How umbrella workers are affected

26 September 2022
UPDATE - 23 September 2022 - Part of the Conservative's new agenda to stimulate the economy, the National Insurance increase that has...
READ ARTICLE